Are People Really are Sovereign and Divine? 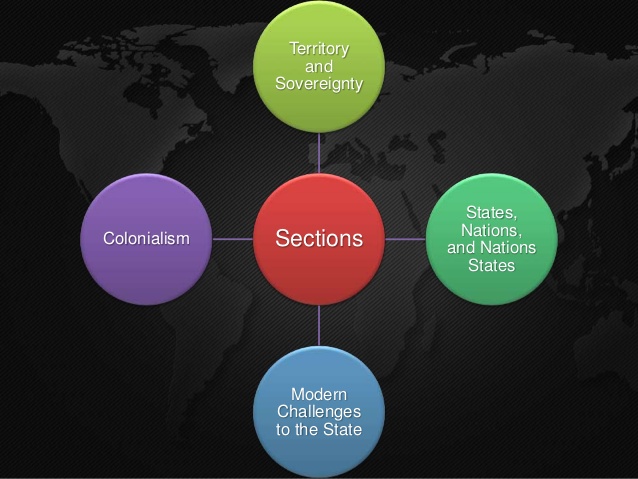 That is a fine definition of the term, but we can get some additional understanding by looking at its origins.

The modern concept of sovereignty and of nation-states began after the Thirty Years War, and with the Peace of Westphalia that ended that war in 1648. The Thirty Years War was primarily a war of churches and religions. The Peace of Westphalia ended it by renouncing the validity of Church interference in the business of nations. (The treaty also did the usual things, such as flattering rulers and dividing the ownership of territories and peoples.) It is from that agreement that we get the modern concept of sovereign nations-territorial rulerships that are not subject to the Church. They stand alone--sovereign.


But We're All Subservient! Aren't We?

Good question. Yes, in many ways, most of us are subservient. Almost every person on this planet is claimed as property by some government, and these governments do not willingly give up their property. They want your money and your obedience, and they will not take "no" for an answer. If you cross them too overtly, they will throw you in prison and/or confiscate your property. Sounds a lot like subservience to me.

Nonetheless, there is a big difference between people who are willing subjects and those who are running like hell to stay ahead of a pack of thieves. It is the difference between willing slaves and battered freemen. The slaves may complain about their lot in life, but they do not go about to change it. The freemen, harassed and chased though they may be, will not let go of the idea that they are free. They may be looted from time to time, but they will never accept looting as normal, valid, or acceptable.

At this point in time, sovereign individuals are the battered and running freemen. We are physical beings, and must live and sleep on some piece of ground somewhere. And wherever that place is, there are governments that claim to own our lives and property. That sucks, but it is the reality of the situation. So, we freemen seek to remove ourselves from the grip of the slave holders, and will stubbornly maintain that we are free, we are sovereign, and that we are no one's property. The rulers will get no sanction from us. They are oppressors, no matter how many people comply with them.

If they will not let us opt out of their game, they are oppressors.

As I see it, individual sovereignty is something that each of us will have to develop in stages, which I envision as follows:

A) Mental sovereignty. This is when you see yourself as a free agent on planet earth. When you conclude that involuntary servitude is immoral; and when you resolve to remove yourself from it. You recognize that rulers exist, but you do not think that they have a right to use coercion.

B) Financial sovereignty. Financial sovereignty is removing your assets from the grasp of the rulers. There are many ways of doing this, some better than others.One of the problems people encounter when seeking financial sovereignty is that rulers like to spy on every transaction that occurs in their territory. This allows them to identify what they consider their money, and to know where it is, so that it can be readily seized. To avoid this, people have long done business 'off the books'. Now, you can also do business in cyberspace. If your correspondence and money transfers remain encrypted, the rulers can't tell what you are doing or where your money is.

For the moment, real estate and large items (such as cars) are all numbered, tagged, and taxed. Either pay or have your property seized. I know of no good way around this yet, save for finding places where the extortion is less painful.

C) Physical sovereignty. It will probably be a while before physical sovereignty is widespread. The rulers have too many policemen and agents patrolling their territories. If you live there, you must either pay, or have your property and freedom forcibly removed.Yet, there are ways to avoid most of this problem. Chief among them is the PT (Perpetual Traveler) method: First you obtain citizenship in a country that does not tax income earned outside of their borders. You will rarely spend any time in this country. Second, you keep your money in another country; one with reasonably good banking laws and stable banks. Thirdly, you live and/or earn income in still another country or countries. As a result, wherever you go in the world (save the country of your citizenship, where you have no business and no assets), you are technically a tourist; just spending some time while passing through.

Does this work? Sure it does, lots of people do this, or some modified version of it. Will it require you to structure your life a bit differently? Probably; but it's probably worth it.

Synthesis: If you can combine mental sovereignty with the tools for financial sovereignty that exist here on the edges of cyberspace, and arrange your physical life as a permanent traveler, then you can reasonably well approximate full sovereignty. You will still have to beware of oppressors as you cross some borders, and you will have to keep a low profile; but this is doable, and some of us are doing it already.

Complete and practical sovereignty will not exist until border guards, police road blocks, tax investigators, and passports are either gone, or are of no power. Will that ever happen? Sure. The question is probably "when", more than "if".

Don't think that this is unrealistic in the long term. The more people become sovereign (especially financially sovereign), the less money the oppressors will have to police us all. Remember that everything they do is paid for with money they take from us. When the stream of money slows down, they won't be able to afford so many prying agents. It's all a question of numbers. The more productive people join us, the less they can do. After a while, they'll be left with more people on the dole than people to pay their bills. (Policemen don't work for free.) Then they'll get very nasty, and then they'll shut down.

Will this be messy? Yes, it will. We are still freemen running ahead of a pack of thieves. Yet true individual sovereignty is fairly close at hand. Get as much of it as you can. -Scamdog, helping people to go to freedom’s frontier safely. Also republished at: Ozarkia