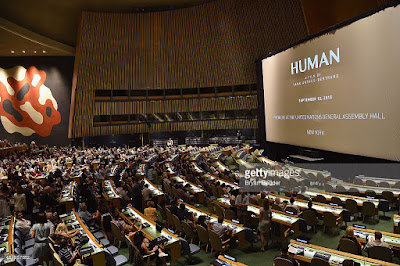 If you have not heard the untold and unspoken of news of the world; let me share some perspective as the author of Globcal International, a cooperative international non-governmental organization (CiNGO). Feel free to re-publish and share this news commentary, and learn more about this topic today by reviewing the links at the end of the article. Be informed!

Beginning today when the UN General Assembly convenes we begin launching a program involving global citizenship and personal individual autonomy as a verified and credentialed member of the new emerging global system. Global citizenship will be the new ideal of personhood and identity that erases the political lines of discrimination based on heritage, race or national bias; they will be the first people to be defined by their individual good character, active participation in civil society, and their personal expertise applied in their lives, their success as change advocates will be relative to the experience and skills that any global citizen can contribute to the greater civilization.

This is our big chance to make a difference and become equal which will enable collective and cooperative realities where everyone benefits and prospers.

Big Events and Change have been Announced

In one more week, 193+ national representative leaders, thousands of cities, iNGOs, and over 30 United Nations Specialized Organizations will make a pact with the Pachamama (Mother Earth) and its 7.3 billion people when they gather to ratify extreme measures to recover the planet, stop global warming, and develop international cooperation. The SDG agreement has 17 basic goals, also it been endorsed by the Dalai Lama, Barack Obama and the Pope. Evo Morales will be there too with the Plurinational State of Bolivia's Law to the Rights of Mother Earth enacted in 2010.

Indigenous and aboriginal peoples from around the world recently expressed their interest and involvement directly through tribal leaders and through organizations such as our own to facilitate their global participation in the world's redevelopment and affirm their roles as global citizens.

A worldwide ecological agenda may seem like nonsense to many who are embroiled in local issues and state politics that have no concept of the world (condition of the planet) any further than they can see or concentrate upon. The world began to think collectively and more globally in the mid-nineties with the inception of the Internet and its broader public use releasing people from the enclaves of politics and their wholly operated media companies.

Understanding the world from a local perspective is relative and essential to realizing the needs of a particular constituency, which has been a good thing especially for those who are lucky enough to have qualified local representatives (politicians) that appeal to their needs (few of us do, they are all corrupted by corporations and other business); the only great change is in perception and being responsible for the impact of local and individual activity relative to the global scheme of things. Corruption will be difficult or impossible once the new system is in place.

It is hard for some people to understand that the people of New York, Mexico City, Beijing, Moscow and London are all dependent on natural global ecosystems beyond their jurisdiction and physical reach as a state or as a population. Their responsibility as consumers of air directly implicates them as users of the oxygen molecules being produced by the Amazon and Congo.

In the new emerging ecosystem based civilization, locality will be the operational platform for our general individual existence as sustainable global citizens. It will be where we have the opportunity to participate in moving forward the sustainable development goals and become an integral element of the ecosystem.

Considering decentralized organization and mobilization of the United Nations Regional Commissions and Specialized Divisions, their locations around the world combined with the integral and interactive existing infrastructures of 193 political states and thousands of non-governmental organizations in agreement with making the change for the betterment of the planet and its inhabitants.

An International Rule of Law

Creating Utopia from the United Nations "Rule of Law" UNROL is simply agreeing to the same principle rights we have established for ourselves under the United Nations already like the historical Declaration of Human Rights in 1948 and the most recent Declaration on the Rights of Indigenous Peoples in 2007, these global agreements combined together give us the Bill of Human Rights and the standard for international law. Other major agreements that are being implemented to create a utopian world include the Rio Declaration on the Environment and Sustainable Development which was originally ratified by 178 nations.

Rightfully so is the Pachamama, the changes will dominate our lives much like the indigenous peoples have understood for thousands of years that the most sacred of everything is the earth itself, as the earth's first inhabitants they are also the first global citizens before the existence of countries and states. People will have little option except to yield to mother earth and seek forgiveness for the damage already caused by humanity and unsustainable industrialization.

Read more about the people's new world order, get involved now with the SDGs, stake your claim, define your career participation, learn more, about the emerging ecosystem based planet. It is possible to brace and prepare yourself for the changes ahead. It is my personal opinion that it is best to realize what is going before it happens instead of becoming a victim of the circumstances of change later.


Links and other information about change!

Incase you did not know the 21st General Assembly of the UNWTO (World Travel Organization) convened on the 12th of September in Colombia. Great new bold decisions being made this year by 900 delegates from 120 nations through the 17th of the month in Medellin. The results of this assembly will place the new Post-2015 Agenda and the UN SDGs well ahead as a practical and socially responsible way of doing business, developing tourism, and making the planet sustainable.