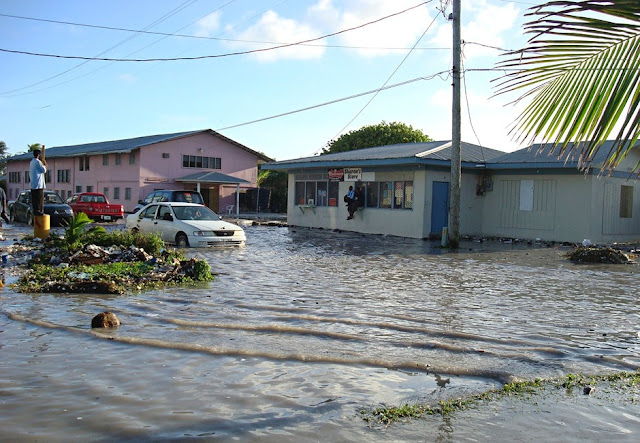 Refugees: Are We Eating our Young?


Refugee International reported a few years ago that a Kiribatian man tried to convince a New Zealand court to make him the world’s first climate change refugee. Kiribati is an impoverished group of Pacific islands vulnerable to rising sea levels. He didn’t succeed, but many experts predict a growing number of displaced people seeking asylum because of global warming. The planet has limited drinkable water, fertile land, clean air, and food. The planet’s current supplies are steadily shrinking.

At the same time, valuable resources such as oil, fishing areas, minerals, mines, and even illicit drugs have become a violent crossroads for old ethnic rivalries, international money, and survival. The result is a threat to a global and local economies. Corporations will eventually run out of poor populations to harness, foreign resources to exploit, and regions free of violence in which to operate efficiently and safely. Local leaders are battling fiercely to control access and power, ethnic divisions are stronger than ever, and refugees abound. Above all, the future of this planet, our youth, are experiencing challenges more likely to be identified with the Middle Ages than a post-modern world.

The displacement of young people is producing experts in arenas that were once little known but are now all too central to society. Siddharth Chatterjee works at the International Federation of Red Cross and Red Crescent Societies (IFRC) since 2011. Before joining the IFRC, he served in the United Nations. A former Special Forces officer in the Indian Army, he is a graduate in Public Policy from the Woodrow Wilson School for Public & International Affairs at Princeton University, USA. In South Sudan, he negotiated the release and demobilized 3,551 child soldiers from the Sudan People’s Liberation Army. This demobilization of child soldiers was the first program of its kind during an ongoing conflict.

Unfortunately, many ethnic conflicts are likely to increase in direct proportion to the decrease in availability of vital resources. CNN.com reported what is becoming a familiar situation … “The South Sudanese government and military, dominated by the Dinka ethnic group of President Salva Kiir, is fighting rebels allied with former Vice President Riek Machar of the Nuer ethnic group… At stake for now is control of oil-rich regions responsible for more than 95% of the country’s economy, and perhaps leadership of the country.” In the first two weeks of violence, tens of thousands of people to seek the protection of United Nations forces. The high stakes involved with oil production as well as South Sudan’s gold, copper and possibly uranium resources, brought international pressure for what is, no doubt, a very uneasy cease fire.

Shocking pictures of refugees from Sudan, Syria, and Myanmar are reshape our world view. A Canadian high school senior Chelsea Liu wrote, “I recently came across an article titled “Millionth Child Flees Syria” on Yahoo News. The picture under the headline was one of a young girl, with dark circles under her eyes, staring hauntingly at the camera. In the West—perhaps in Canada—she would be going to school in a few years, wearing nice clothes and hanging out with friends… If she lived here in Oakville, she could do all of that, and more. But she’s in Jordan, sitting in a mobile home at a refugee camp. She’s wearing a blue blanket, and her candid expression shows nothing but distrust for everything that has come her way… How many times have we cried over something that we believe to be so utterly important, and yet so insignificant when compared to this little girl’s predicament?”

What can we do to save the children caught up in these battles? They are the future of a society. Destroy them, and you destroy a culture and a generation. Yet, despite the compelling arguments for protecting the future generation, there is little escape for them. Much of the apathy or antipathy stems from a shortage of resources and an overall economic squeeze. How can any country support the tidal wave of refugees over time? How can we feed, clothe, and provide clean drinking water, not to mention jobs, healthcare, and housing?

Syria’s neighbors and European countries are imploding under the current weight of refugees. Yet, Egypt deported Syrian and Ethiopian refugees, Singapore deported Indian nationals, and National Turk Magazine reports on Saudi Arabia, “Thousands of Egyptians, Indonesians, Malaysians and others have been flown out of the country as the Saudi government seeks to create jobs for local people by deporting some of the estimated nine million foreign workers.”

No region is exempt from the challenges. The US tries to close its borders with Latin America. Trucks and boats of the poverty-stricken attempt life-threatening escapes not only from Syria but from Haiti, the Central African Republic, and other countries decimated by war or natural disasters. They often die in the attempt or end up in make-shift refugee camps that resemble hopeless prisons without adequate food, water, plumbing, or shelter.

The calls for help are many. Chatterjee asks, “Will this be the year to protect children caught in armed conflict? We were once filled with hope and happiness, eager to see a better world where Human Rights and equality are advanced. Yet, in another part of our world we see the compelling misery and despair.”

It may be time to recognize that compassion can alleviate, but not resolve. Yes, humanity leads to acts that make a difference. However, there is simply not enough money or resources to counteract the massive dislocations we are seeing. Increasingly, our compassionate acts are like band aids, more temporary and less effective every year. How else can we use our humanity to magnify our efforts, to change the trajectory of the destruction of our children, our future?

Let’s address the root causes of “devour-our-young” syndrome that we are experiencing: Resources. We must create enough food and drinking water for the planet’s population so that we don’t end up killing each other to survive. None of us will be exempt from the impact of depletion. Therefore, we must invest in alternative fuels and renewable energy to power us beyond the fossil fuels that are poisoning the air we breathe. Housing must be energy self-sufficient with solar panels. Roof gardens and urban community farming plots should be encouraged to alleviate the loss of arable land. No longer can we turn a blind eye to the global impact of natural disasters.

Yes, it is humane to contribute food and clothing for those affected. However, the relocation of vulnerable populations only delays, not manages the problem. Investment in structures that can withstand changing weather patterns are long-term solutions that must be rapidly pursued.

As tribalism engulf our planet, armed-conflicts over diminishing resources are resulting in humanitarian crises that overwhelm our ability to assist. Decimating cities and regions in the process of wiping out the perpetrators is creating vast areas of destruction. There must be investments in innovative technology to re-build these areas for environmental sustainability. Will this be the year that world leaders recognize the urgency and act to save the planet, or are we eating our young for years to come in the fight over shrinking resources?