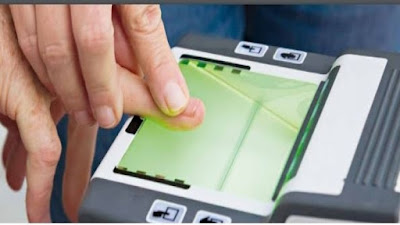 This year the World Economic Forum (WEF) with the collaboration of many well known and many not so well known corporate and nongovernmental organizations devised a new road map (blueprint) this month for the global financial community to utilize here-forth for everyone's mutual benefit and financial protection beyond our borders to establish a universal (global) identity verification system.

Over the last several weeks we have seen a great increase in the number of news articles being presented involving identity, biometric identification, digital banking and new governmental identification programs on our 'Human Rights and Identity' news feed. In the United States last week the government began to require biometric (digital) photo identification (Real ID) at government facilities including all military bases and institutional centers.

The United Nations with the World Bank announced late last year the ID4D, Identification for Development program which promises that they will work to help see that every human being on the planet has an identity by 2020. Since 2014 over 50 new multi-million corporations have quietly emerged globally to work and contract their innovative services and products for banks, people and governments.

Perhaps you have heard of some of the larger well-known corporations and global players that are being recognized as leaders of the new identification industry; PayPal, Deloitte, Unisys, Experian, Caribou Digital, Facebook, and Consent are working together as a consortium of corporations in these innovations right now. The United States and United Kingdom governments also have great interests and involvement in pushing forward and creating the new identity industries that will have an annual value in the hundreds of billions of dollars per year.

Taking the lead in the human identity revolution in recent years has not been the United States but surprisingly is India, Pakistan, Honduras, Ecuador and Brazil who are all using digital biometric elements for human identification at their borders and in airports.

Between now and 2020, as a research analyst, I can safely speculate that there will 300,000+ universal identity verification terminals will be installed in airports, border crossings, checkpoints, and sea ports around the world accepting over 1000 different passports and electronic access credentials. Within the industry many anticipate many new emerging states and jurisdictions all using high tech credentials. All people including diplomats identity will be referenced in the global system based on their legal credentials.

Nation-states will not be the sole providers of identification, the corporations listed above are as integral in the system as the government once was and so are companies like Coca-Cola, Google, IBM, WWF, and other transnational global corporations and organizations with special international employment credentials, services and protection.


Changing the System after 83 Years

Many people do not realize but it has only been since about 1933 that nations have been fully involved in collecting data, claiming people and registering their citizens as assets. Only now citizens, (people) of all types will become more versatile (free?) in to whom 'they choose' to serve as citizens, demonstrating self-determination and taking on their social responsibility as residents of a country or place, which is in essence what citizenship is all about anyway. It is a whole new ball game under our true human rights!

It is suggested that neither the government or state can be trusted with our identity and several years ago people began to experiment with encrypted digital block-chains online that are like indelible electronic ink.

Many people are betting the revolution will be dominated by non-national blockchain registries of confidential encrypted data based on a similar system as Bitcoin. Recently we witnessed the rollout of Bitnation Pangaea which offers a comfortable solution for those who wish to protect their privacy. Their system allows for contract registration, notarization of documents and marriages.

A recent article from 'themerkle' identifies four blockchain companies focusing on secure digital identity solutions. The companies named in the article are Evernym, Blockstack Labs, KYC-Chain, and UniquID, all the companies have clear developments and niches staked out.

There will be private, dual, multi-national, corporate, university, cooperative, organizational and nation-state citizenships; I imagine that the transitional period to acquire all of our human rights will strangely enough all compete for our allegiance as their human capital and all have a hand in defining our identity in an official way.

Understanding the new system is hard to imagine until you understand the new emergent law based on the (new) Universal Declaration of Human Rights and place yourself at sea (stateless) without any citizenship. Our concept resolves the problem of finding a place to land your ship based on the law, your knowledge, education, experience, abilities and asset value as a human being within our cooperative or in your identity as a global citizen instead of a refugee or stateless person. The best thing about our stateless neocitizenship development is that it utilizes other accepted systems as our base.

From the great advancement and progress we currently see in government use of biometric identification, we should expect that all nations and territories will soon meet the new international requirements within the next five years. Governments in some countries already restrict access to national and state parks, top organizations around the world have special biometric digital identification for their executive and volunteer assets.

The new industry-focused documents we found online this week reveal great new opportunities and outstanding potential for entrepreneurs with ideals to create both soft, medium and hard identification systems. However the way the industry is developed there will be little chance to enter the horizontal global market so would-be market developers and thinkers need to decide which floor they want to begin with.

"New entrants into this space will have to navigate a layer that may look like a sandwich filling between two slices of bread, one being Facebook’s (at the moment) light verification identity platform and the other being any state-led identity platform—in other words, at both ends of the spectrum there are incumbents which will be difficult to compete against."

"Advancements in biometrics, encryption, and distributed computing are leading to sophisticated technology solutions and new business models for managing digital identity. But again we must emphasize that while the technology is easy to focus on, the 'analog complements' in this sector—the regulatory environments, political structures, cultural attitudes, and more—are just as critical for success, especially given their diversity across different markets." 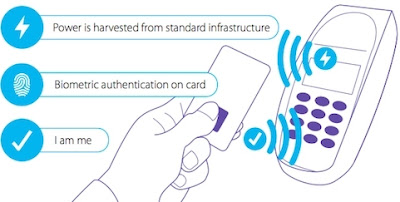 It does not stop here, people that need to use money and the financial system will be able to use their natural biometric indicators like fingerprints, iris scans, cards with microchips, cellular smartphones, or passports and other identity devices. The financial sector is the strongest component behind personal identity verification and international security, they are insisting on biometrics.

The more that is known about the things that occur in our civil societies and civilization bring safety and security to the law abiding and good people that we all want to be. The ideals regarding identity, human taxonomy, corporate citizenship, and migration being implemented today will revolutionize life on the planet and how we perceive ourselves as human beings. It will make sustainability a reality, reduce corruption and make life more accountable.

Follow this subject by following our Human Identity News Feed, new stories daily! Globcal International provides access to a variety of news feeds to our members and the public to know the current trends and adapt with the changes ahead.