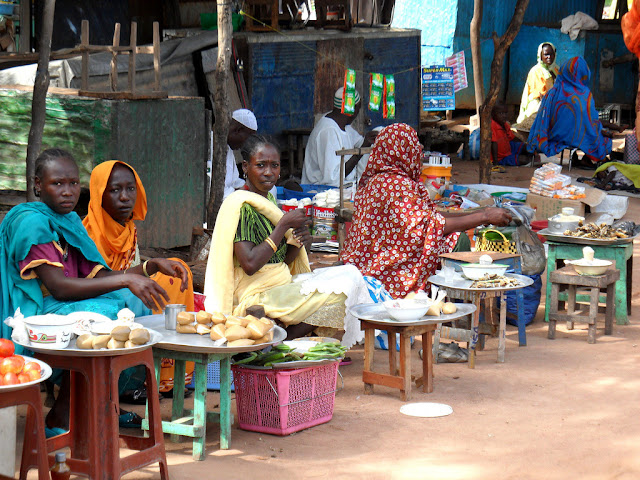 Price of a Plate of Food - World Food Day


True Cost of a Plate of Food Around the World

How much would you expect to pay for the most basic plate of food? The kind of thing you might whip up at home – nothing fancy, just enough to fill you up and meet a third of today’s calorie needs. A soup, maybe, or a simple stew – some beans or lentils, a handful of rice, bread, or corn?

In the rich Global North – say, in New York State, USA – such a meal would cost almost nothing to make: 0.6 percent of the average daily income, or US$1.20.

In parts of the developing world, by contrast, food affordability can shrink to the point of absurdity: in South Sudan, a country born out of war and disintegrating into more war, the meal-to-income ratio is 300 times that of industrialized countries.

It is, in other words, as if a New Yorker had to pay nearly US$348.36 for the privilege of cooking and eating that plate of food.

How do people in South Sudan afford it? It’s simple. They don’t.


This is not a unique issue to South Sudan. Across the board, food is becoming ever less affordable in poorer countries that are subject to political instabilities.

Lack of access to food, and the costliness of it, have many causes: climate extremes, natural disasters, post-harvest losses, or bad governance, all of which can damage- or even shatter- farming supply chains and markets.

But, one overriding cause stands out: conflict. At WFP, we’ve long known that hunger and war are tragically symbiotic. Which makes it that much harder to eradicate the one without ending the other.

The 2018 edition of WFPs Counting the Beans: The True Cost of a Plate of Food Around the World index, now spanning 52 countries, underscores this clear correlation between food affordability costs and political stability and security.

The index looks at whether food costs for the original 33 countries analyzed in 2017 have risen or fallen, and compares costs for the same meal in some of the world’s poorest places with one of its richest, by using a New York baseline to highlight vast gaps in global food affordability.

In many countries, it was found that food affordability measured in this way has actually improved since 2017. This is situational, thanks to strong economic growth, political stability, and/or a better rainy season- or in the case of southern Africa- humanitarian assistance helping to offset the effects of severe drought.

Though despite such progress made in many countries through the past year, food costs are often still intensely disproportionate in relation to income. This is the case across much of Africa, as well as in parts of Asia and, to a lesser degree, of Latin America.

While Laos and Jordan are close runners-up to Peru, other countries have deteriorated. Almost invariably, these are nations where peace has been (further) eroded by violence, insecurity or political tension, including South Sudan- where the cost of a plate of food has soared from the exorbitant 155 percent of daily income in 2016 (USD $321.70) to 201.7 percent of daily income in 2018 (USD $348.36).

These abysmal numbers highlight the vast gaps in global food affordability, where 821 million people go hungry while elsewhere one can get a simple nutritious meal with a just a handful of change.

The fact that this still occurs defies both reason and decency, and it’s why we – the World Food Programme and other humanitarian partners – are there.

However, the impact of WFP and other humanitarian actors in saving and changing lives cannot be sustained without political investment, good governance, transparent markets, and wider partnerships.

Societies cannot lift themselves out of the poverty trap if families are continuously priced out of providing their children with the nutritional meals essential for them to develop into healthy and productive adults, if climate degradation continues to threaten food security and development gains, and if protracted conflicts continue to destroy societies and force young talent elsewhere.

With a concerted global effort, the international community can achieve the UN Sustainable Development Goals and end hunger and malnutrition. Governments must engage with and support their developing country counterparts in peacebuilding, conflict resolution and disaster risk reduction.

The private sector must embrace that turning a profit can go hand in hand with advancing the Sustainable Development Goals (SDGs) through employing young people to boost incomes, sourcing from smallholder farms, and through working alongside leaders to strengthen supply chains.

The shocking and outraging numbers in this year’s “Counting the Beans” index highlight that peaceful societies and affordable food go hand in hand. We have the modern technological capacities to end world hunger, but first we must end the conflict that fosters it.

Together, we can work towards reversing the figures in this year’s index, and ensure that in the future, nobody will have to work a day and a half to afford a simple meal.

Posted by David J. Wright, Problemsmith on Tuesday, October 16, 2018 - Links to this post