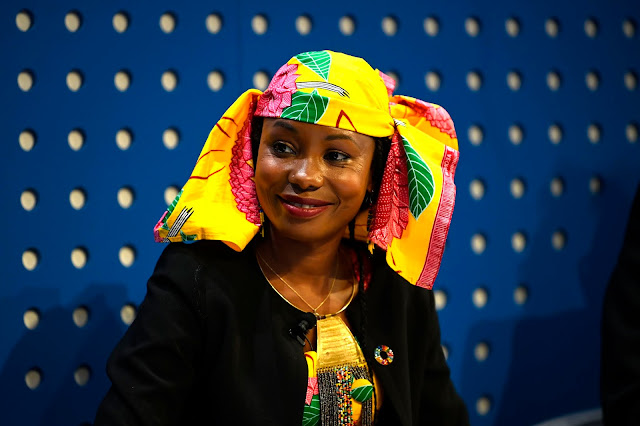 One of 17 SDG Advocates

Are you passionate about animals in your country? Do you feel peace of mind is important for a peaceful world? Do you think clean water for all is one of the world’s most important issues? Do you believe climate action is urgently needed? Great! The SDGs – the United Nations Sustainable Development Goals – surely is something for you.

To raise ambition for the implementation of the SDGs worldwide, the United Nations has appointed 17 SDG advocates. They are all united in their dedication to a peaceful world, a healthy planet and prosperity for all. It is easy to think that the SDGs is someone else’s responsibility, but the fact is: the SDGs are responsibilities for each and everyone of us. As global citizens, it is our duty to care for our planet and our one and only human family. To really leave no one behind, we all need to get involved and start to take action.

In this article, we chose to focus on Hindou Oumaro Ibrahim, who is a strong advocate for indigenous peoples, the environment and climate action representing the Mbororo people in the Sahel region.
“For centuries, indigenous peoples have protected the environment, which provides them food, medicine and so much more. Now it’s time to protect and benefit from their unique traditional knowledge to bring concrete and natural solutions to implement sustainable development goals and fight climate change.”

Hindou Oumaro Ibrahim was born in Chad in north-central Africa in 1984. Today Chad is bordered by Libya to the north, Sudan to the east, the Central African Republic to the south, Cameroon and Nigeria to the south-west, and Niger to the west.

The Mbororo people, who Hindou Oumaro Ibrahim represents, are a small subgroup of the Fulani ethnic group. The Mbororo people, also called the Wodabee or Bororo, are traditionally nomadic cattle-herders and traders in the Sahel region, a region situated to the immediate south of the Sahara Desert stretching east-west across the African continent.

The Association of Indigenous Women and Peoples of Chad

When Hindou Oumaro Ibrahim realized the discrimination against indigenous peoples, and especially indigenous women, for example the exclusion from educational opportunities, she founded the Association for Indigenous Women and Peoples of Chad (AFPAT), promoting the rights of girls and women in the Mbororo community. By doing so, she also promoted the girls and women in the Mbororo community as strong leaders in environmental protection.

The organization Association of Indigenous Women and Peoples of Chad has since 2005 participated in international negotiations on climate, sustainable development, biodiversity, and environmental protection. This means that Hindou Oumaro Ibrahim is a strong advocate for the SDG 4 – Quality Education, SDG 6 – Clean Water & Sanitation, SDG 13 – Climate Action, SDG 15 – Life on Land, and SDG 16 – Peace, Justice & Strong Institutions.

The Sustainable Development Goal 13 is “to take urgent action to combat climate change and its impacts”. According to UNDESA, United Nations Department of Economic and Social Affairs, 2019 was the second warmest year on record and global temperatures are projected to rise by up to 3,2 degrees Celsius by 2100.

Only 85 countries have national disaster risk reduction strategies aligned to the Sendai Framework, which is the roadmap for how we make our communities safer and more resilient to disasters developed by UNDRR, the UN Office for Disaster Risk Reduction.

The United Nations has appointed the following 17 SDG advocates for 2019–2020:

Posted by Maria Veneke Ylikomi on Sunday, August 02, 2020 - Links to this post 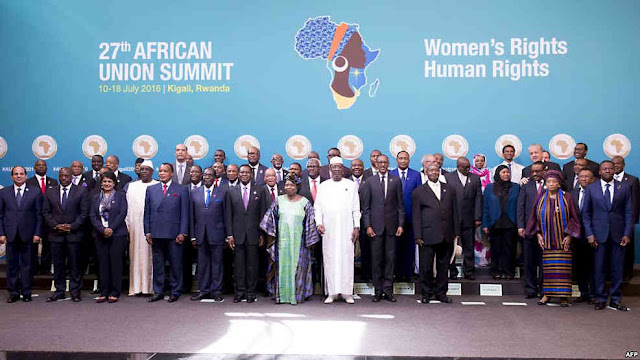 Africa Realigns for the SDGs with a Single ePassport

The African Union has realigned itself as a single global power that we may want to call the United States of Africa. The African Union as of last week now consists of all of the African countries including Morocco which had left the union several years ago and now rejoined this year. The African Union (AU) has a universal flag, a parliament, a motto, an anthem and now, as of today, a single passport for its now 55 member states, making it the largest unified continental territory in the world.

The passport and the revitalized unification agenda is being developed to create a new sense of identity and autonomy for its 55 member nations. The AU Summit which has been going on since July 10th took the actions to create domestic continental trade, eliminate corruption, create equality, develop cooperation, protect Africa's resources and remove trade barriers between nations. The summit also targeted steps towards a single currency and banking system, currently there are 42 different types of currency in use.

President Barack Obama form the United States and President Xi Jinping of China both fully support the AU with economic programs. China's president went as far to contact the summit while in progress to offer 60 billion in 2016 and 2017 to promote cooperation and development programs. Obama traveled there in person to see what was going on in Africa and to support them in his effort to create an international trade partnership. (Read more - Washington Post)


A United and Strong Africa 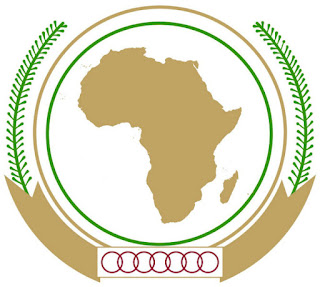 Their motto expresses the common desires planted over 53 years ago when the Organisation of African Unity (OAU) began its formation and walk towards their current agenda when it was reformed into the African Union (AU) in 2002.

The African continent is the most resource rich place on the earth, it accounts for just over 20% of the earth's land mass making it the second largest continent and is also the second most populous continent. A great majority of the resources are untapped, undiscovered and underutilized making it an excellent opportunity for global migration and sustainable resettlement of new residents and citizens.

Unlike European countries that are rejecting immigrants the AU welcomes new immigration and advancement of their civil societies so they are focusing on creating safety and security for would-be international settlers.

Much like the European Union (EU) and the Mercosur Union in South America the new agenda of the AU is focused on promoting wise use of sustainable resources, free-trade between African nations, and open migration within Africa. Moving from Zimbabwe to Angola will someday soon be as simple as moving from California to Texas in the USA.
Completely the opposite of Brexit the African Union creates a whole new dynamic in unity and puts all all the colonialist states and republic trading schemes which have abused the African nations resources as individual countries into a different perspective, because all the current international treaties with individual nations will be revised (many cancelled) to deal with the new continental super-nation Africa.

We can probably also expect to see military, commerce, non-profits, banks, education to all converge to single continental standard laws, customs, a single currency, and a great reduction in corruption at national levels.


One Passport for Continental Commerce and Global Travel

The greatest immediate action that will be realized is that the African Union will begin almost immediately to issue e-passports and establish open continental trade and commerce. The new passports will be issued under a single authority of the AU. In their press release they said, "This flagship project, first agreed upon in 2014, falls squarely within the framework of Africa’s Agenda 2063 and has the specific aim of facilitating free movement of persons, goods and services around the continent - in order to foster intra-Africa trade, integration and socio-economic development."

The epassport being developed meets all the international standards and requirements defined by the ICAO and enforced by INTERPOL and members states of the United Nations at their ports. The passport that is being rolled out now for the AU citizens uses biometric identity fields, all passport holders will be able to travel, migrate and do business freely Africa wide.


AU or United States of Africa