Global leaders from every niche and corner of the world involved in corporations, nongovernmental organizations, churches, governments, and the political state all call for one and the other to comply with a global rule of law and universal bio-metric identification of its populaces by 2016. The implementation of local (globally compatible) identity datasets are already in use in 46 of the 50 United States, the whole of Australia, a majority of Europe. Also in the United States, the NSTIC (National Trusted Identities in Cyberspace) objective permits trusted use one's human character online and another program that gives trusted American's the use of a preferential express lane at many of the international airports, many celebrities subscribe to these services and most large transnational corporations provide these services to their executives. 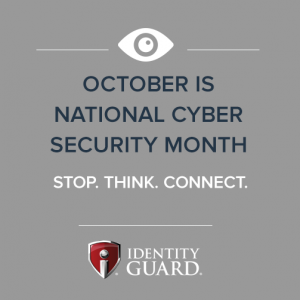 This article will offer an alternative to the developing problem for the most open-minded, resilient, individuals, independent professionals, doctors, lawyers, professors, artists, musicians, authors, academics, and inventors who wish to maintain themselves apart from the state and its corporate interests. It will also provide readers the opportunity to take action by becoming a global citizen.

Your personal identity is what defines who you are and denotes which privileges you may be entitled to within a given society or during your life. It is very important especially in the identification and filtering of persons at secure checkpoints like at borders, airport terminals, and at public or private buildings. For public security and safety governments and corporations want to take the identification of natural persons to the next level in order to protect our communities, shopping centers, schools and parks.

Now the role of global identification becomes more important with the United Nations Post-2015 agenda because the institutions we have created and those who guide order in our society want to make the world safer and more equal through giving everyone their identity and equal opportunities. It is an Utopian ideal.

There are currently over 500 major global players (organizations, corporations, and governments) moving the new identity market wave at a number of levels. The identity revolution underway now will effect will effect every man, woman, and child on the planet that works for money to participate in the free-market economy, individual human identity will play a big role in the way everything works.

Organizations like UNICEF are trying to deliver people their identity everywhere with children even in the Amazon rainforest. They want to ensure that everyone has a fair and equal chance.


"Understanding others makes possible a better knowledge of oneself: any form of identity is complex, for individuals are defined in relation to other people - both individually and collectively - and the various groups to which they owe allegiance, in a constantly shifting pattern." -UNICEF

Let's dispel and discredit the conspiracy suppositions people have about the New World Order or the Christian 'mark of the beast' relative to chips, implants, and the invasion of their privacy. Within the next two years 98% of all humans will essentially be required to have a bio-metric identification card that displays their photograph. There is a great abundance of information that will prove this, the need for a global identity data superset is paramount to a peaceful, integral, transparent, and sustainable world. It is social evolution.

The law combined with global standardization (globalization) of the world's ecosystems and the use of the internet and wireless devices driven to create a perfect world will create the necessity and obligate everyone to be involved with the socially responsible agenda of the United Nations. People, their identity, and their intellectual property will indirectly become the property of corporate employers, marriages, or their own state if one is engaged in a legal relationship, is living within a particular jurisdiction, owns land, has investments, for which corporation one works, or under what other entity can claim your ecological debt based existence on the planet. 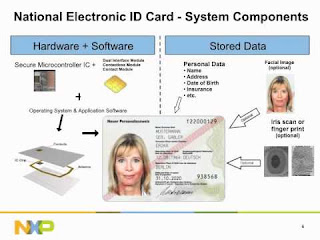 We are not going to fight something that is so obviously inevitable, instead our solution was to discover the matrix behind the system and create an acceptable legal alternative that will satisfy the new incorporated global bodies (states) in a world-wide identification ecosystem.


Everyone Working Together Against Everyone Else

Through the years we gave the corporations power and control over the government by unconsciously empowering them beyond the economic boundaries of their parent state as legal persons through their incorporation under the law. This is what makes transnationals and internationals like Wal-Mart, Exxon, Facebook, and Google more global influence than any particular state, together they promote the ideals of free-market capitalism through their transparent union as a connected and collaborative force that serve one another. Through the law and the obligations they create in society they become the protected and more important legal person even more so than a real natural human. 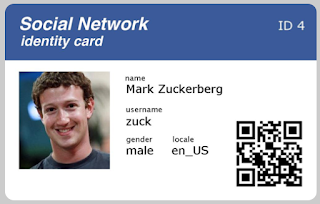 It should not surprise us to see someone like Mark Zuckerberg someday become a world leader in coming years, he is probably already be considered a world leader by some. Bill Gates already is, with his foundation he and his wife have a profound effect on public policy and the United Nations.

Today in 2015 there are now; 193 nations, 4000 cities, 1000 corporations, and 700 foundations that all together seek the same result in identifying and creating equality for everyone, so we have little doubt that it will be done day very soon. It's advent will have a great initial positive effect on the majority of people.


Only Way to Opt-Out

The only way to become independent from the integrated government corporate infrastructure is to distinguish yourself as an independent human individual or natural person, and the only way to do it is to do it yourself through joining a global offshore venture and by identifying yourself as a nonaligned political citizen, to take control (possession) of your personal identity in all its forms.

To take possession of your natural and legal identity as a human being you must first take stock in all the elements that make you who you are legally as a person and begin to complete a legal process which includes registering as global citizen or become a dual-national, offshore your intellectual property, make legal notice, get acknowledged, and take a deposition in the form of an affidavit. It is quite a difficult chore that should not be taken lightly would require an individual to hire legal counsel.

Not everyone is in a comfortable or knowledgeable position to do this so we have begun forming a venture (a cooperative enterprise) that facilitates the process for you and acts internationally as your representative with others there to assist you around the world in nearly every country. Actually taking advantage of the citizenship opportunity involves an equal investment as a founder in the cooperative then a commitment to collaborate within the socioeconomic operation and enterprise.

Globcal International established a politically neutral register in Sweden to develop a non-state non-governmental global citizenship where registrants can participate in the establishment of an international cooperative enterprise where they can seek all the same rights and privileges internationally as if they were one of the world states, global corporations or a world leader. As a result of our development you can take charge of your identity as an equal member of our cooperative.

In our ideal we are following the letter of the international law while exploiting all the loopholes and exceptions that provide the most adaptability, flexibility, self-determination, sustainability, and inalienable human rights freedoms. The result is identifying those who consider themselves to be universal world citizens and inviting them to become equal founding or charter members of an offshore cooperative international non-governmental organization and charitable foundation. From within this special cooperative infrastructure all the members gain special benefits, privileges, rights and entitlements.

One of those greatest benefits is members may possess their personal identity (instead of the state) while they are active as members and global citizens, and now with the advancement of our Global Citizen ePassport Companion identification system and the development of new international embassies, we are more and more prepared everyday thanks to our expansion online and through the social media.

At the end of the day it may come down to who will provide you with better services and more privacy, your own cooperative company, your government, or corporation where you are a consumer?

Join us by registering as a universal world citizen now so you can take possession of your true personal identity and all of its elements. Your human spirit and intellectual freedom need to be preserved so that you are in a better position to negotiate your horizons among the changing landscape. Register today to learn more, there are hundreds of potential benefits!