Dispel the Ideal of Immigrants We are All One People!

​There Are No Migrants, Only Global Citizens​, Thursday, 10 September 2015

by Robert C. Koehler for Buzzflash at TruthOut 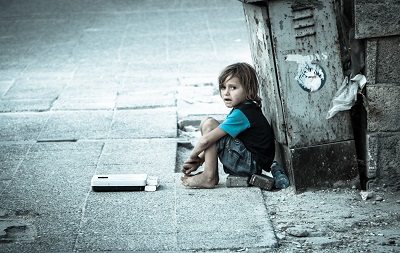 Who are all these people?

Here’s another global problem — this flow of refugees — that national governments are apparently incapable of dealing with in a long-term, cooperative, globally responsible way. As with climate change, as with war and disarmament, they retreat into insularity in the face of such matters and become protective of their short-term, individual “interests,” which mostly concern the bureaucratic sacredness of their borders and an obsessive distinction between us and them.

“The European Union, (French President François Hollande) said, needed to create ‘hot spot’ reception centers at those borders under the greatest onslaught — in Greece, Italy and Hungary — to register new arrivals and turn back those who do not meet the requirements for asylum,” reports the New York Times.

And: “(British Prime Minister David) Cameron said Monday that Britain would accept up to 20,000 Syrian refugees, but they would most likely be limited to those who apply for asylum from camps in Jordan, Lebanon and Turkey. The British government is wary of giving migrants any incentive to make the dangerous journey into Europe, officials said. . . .”

Of course, it gets a lot worse than that: razor wire, brute force, big walls. Desperate people risk their lives. Boats capsize. Children die as racist slogans reverberate. Families flee war and poverty, hell on earth. They need new homes. What a nuisance.

The photo of the body of 3-year-old Aylan Kurdi, who washed up on a Turkish beach after his family’s boat capsized as they tried to escape Syria — his mother and 5-year-old brother also died — has turned the refugee crisis, at least temporarily, into something more than an abstraction. “Within hours,” Jamie Fahey wrote at the Guardian, which initially published the photo, “the image had gone viral and become the top-trending picture on Twitter with the hashtag #KiyiyaVuranInsanlik (humanity washed ashore).”

A New Horizon Ahead

Humanity washes ashore, but does anything change? There’s only one way for real change to happen: The value of human life must supersede citizenship. Refugees — people forced by terrible circumstances out of their homes — shouldn’t have their escape routes blocked, either by barbed wire or bureaucratic minutiae, because they have been rendered “stateless.”

For instance, while Aylan’s family had relatives in Canada and, therefore, could legally have entered that country, his parents “had been unable to get family reunification visas that would have given them a legal route out of Turkey,” the Washington Post reported. “Instead, they tried to reach Greece by boat, with tragic consequences.”

The arguments defending border restrictions concern the sanctity and necessity of maintaining national order. But these arguments begin to crumble when one considers the extent to which potential host nations bear responsibility for much of the chaos in those broken parts of the world — such as Syria, Iraq, Afghanistan — from which most of the world’s refugees are fleeing.

This phenomenon isn’t usually included in news stories about refugees. Thus they are portrayed either as pitiable unfortunates who need our benevolence or would-be freeloaders trying to get a good deal for themselves in some wealthy country with generous benefits.

But as Robert Parry, who as a reporter for the Associated Press in the 1980s helped expose the Iran-Contra fiasco, wrote recently: “The refugee chaos that is now pushing deep into Europe . . . started with the cavalier ambitions of American neocons and their liberal-interventionist sidekicks who planned to remake the Middle East and other parts of the world through ‘regime change.’

“Instead of the promised wonders of ‘democracy promotion’ and ‘human rights,’” he continued, “what these ‘anti-realists’ have accomplished is to spread death, destruction and destabilization across the Middle East and parts of Africa and now into Ukraine and the heart of Europe. Yet, since these neocon forces still control the Official Narrative, their explanations get top billing — such as that there hasn’t been enough ‘regime change.’”

The neocons, who began their “cult of regime change” in Central America during the Reagan era, reclaimed control over American foreign policy when Bush Jr. was elected president and used 9/11 to cohere support for their long-sought invasion of Iraq. This action, of course, shattered the country and let loose the howling chaos of civil war. Since then, the U.S. and its allies have perpetrated similar disasters in Libya, Syria and elsewhere, as they’ve continued to impose regime change on select Middle Eastern countries they hope to control.

But today’s global refugee crisis goes deeper than the neocons. The colonial powers of the Western world conquered and exploited the whole planet. Even when these powers relinquished their control over the Third World, they left behind a patchwork of states with randomly drawn borders that were in many cases deeply ungovernable.

As Gurminder K. Bhambra wrote recently in the Australian publication The Conversation: “The failure to properly account for Europe’s colonial past cements the political division between legitimate citizens with rights and migrants/refugees without rights. . . .

“If belonging to the history of the nation is what traditionally confers membership rights upon individuals (as most forms of citizenship demonstrate), it’s incumbent upon us to recognize the histories that would see refugees as already having claims upon the states they wish to enter.”

There should be no such concept as stateless migrants, left to the mercy of the weather and the tides, the smugglers of human cargo, the border bureaucrats. There should only be global citizens.

This is all of us, equal to one another in our humanity, equally deserving of the chance to live and prosper. The photos of a 3-year-old boy washed ashore in Turkey make this clear.