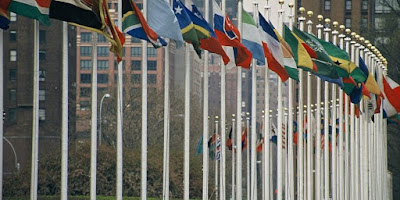 Washington, D.C. — Next week, at a U.N. Summit that is likely to be the largest gathering of global leaders ever convened, nations will adopt the Sustainable Development Goals, or SDGs, a set of global goals intended to end poverty, combat inequality, and tackle climate change and environmental degradation. Ahead of the summit, the Center for American Progress released an issue brief calling on global leaders to ensure that every person, including the poorest and most marginalized, is able to reap the benefits of global prosperity and freedom. The brief calls for leaders to enshrine this promise in a “leave no one behind” charter and to fulfill the promise through policy changes.

The past several decades have shown unprecedented levels of global growth with decreases in chronic poverty, child death rates, and HIV infections. Despite these improvements, too many are still left behind in cycles of poverty, disease, and injustice. The SDGs must give impetus to the concept that all people deserve a basic universal standard of well-being and acknowledge that no country has completely succeeded in achieving fair opportunity for every citizen.

“The SDGs represent one of the best opportunities we have to bring the international community together to end extreme poverty and combat structural inequalities,” said Molly Elgin-Cossart, CAP Senior Fellow and author of the brief. “But without political will and concrete action, the lofty rhetoric behind the SDGs risks being little more than words. Leaders must define what it means to leave no one behind and be held accountable for designing policies at home and abroad to fulfill this commitment.”

The concept of leave no one behind rests on a few basic principles, including that every single person on the plant deserves a fair shot at life; that the current way of doing business does not promote universal prosperity; and that progress is possible if we make progressive changes to the way countries grow and develop to ensure that the most vulnerable among us are included. While enshrining these principles into the SDGs will not solve all the world’s ills, it will amount to concrete action toward a better, safer, more just world. As global leaders meet to adopt these goals, it is critical to galvanize political will to see that no one is left behind.

Click here to read the brief “Leave No One Behind: Taking Action to Combat Global Poverty and Inequality” By Molly Elgin-Cossart

From the Globcal International editor: We began our development of Ecology Crossroads Cooperative Foundation and Globcal International based under the concepts of the Universal Declaration of Human Rights and the Rio Declaration on Sustainable Development and the Environment. Since the time we were founded to this time is exactly 21 years have passed, we have reached the crossroads, its time to follow an ecological path. Join us now at the crossroads.
UN Summit