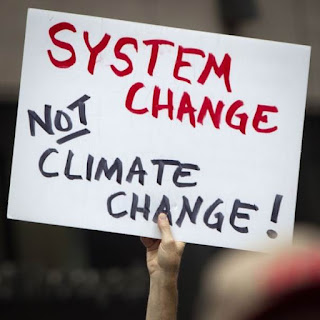 What does globalization mean to you? Next month in late September 193 of the 196 countries in the world will launch and begin a new pact that replaces the United Nations Millennium Development Goals (MDGs) and moves forward the United Nations Agenda 21. The 'new deal' promises sustainable development and putting an end to most of the world's most pressing issues like poverty, hunger, climate change, and war.

The new SDGs (Sustainable Development Goals) involve 17 basic goals that no one living today can resist or deny taking favorable action upon. The World Bank is promising financing equivalent to over $176,000,000,000,000 (trillion dollars) over the next 15 years and the accord is revolutionary favoring the natural environment and human beings as sustainable inhabitants of the planet. Everyone in the world will have a job and purpose, if done correctly and free of corruption there will be no more unemployment, hunger or poverty.

The new SDGs promise world peace, prosperity, and cooperation on a global scale. The Danish Institute for International Studies (DIIS) says that the new program can effectively build bridges of peace and friendships between nations that have been at odds based on religious and political conflicts. The United Nations says the new SDGs, “Promote peaceful and inclusive societies for sustainable development, provide access to justice for all and build effective, accountable and inclusive institutions at all levels.”

According to the UN: “This is the People’s Agenda, a plan of action for ending poverty in all its dimensions, irreversibly, everywhere, and leaving no one behind. It seeks to ensure peace and prosperity, and forge partnerships with people and planet at the core. The integrated, interlinked and indivisible 17 Sustainable Development Goals are the people’s goals and demonstrate the scale, universality and ambition of this new Agenda.”


The goals focus on development of new inclusive political systems under a global rule of law where "no one is left behind." The key will be in how the goals are implemented which has yet to have been fully revealed however are already beginning implementation in countries like Nigeria, Kenya and Mexico where governors of individual states will be given powers under stern conditions that force compliance and resist corruption.

Globalizing the Natural Planet with a Conscience


The ideal of globalization scares many people because they believe that it is a governmental plot or a takeover of the world by banks and others who do not have the best interests of humanity at heart; this is simply nonsense when we evaluate the reality of satisfying the necessity of the human condition. There will be a great deal of austerity however for some people that are living outside of the recommended norms of the SDGs will not be optional, contaminated rivers and ecosystems will be recovered to deliver sanity, health, well-being, and moderation.

Global issues like overpopulation and scarcity of resources will be addressed through aggressive programs that forge commonality, equality, cooperation, and integrity. In our opinion the sacrifices of some will be balanced and fair considering our historic disregard for the global ecosystem.

In the new system that will emerge under the SDGs we can expect to see digital global currency, improvements in technological systems, eradication of crime, elimination of corruption, advances in education, and a complete recovery of the natural environment. We can also expect to see new sustainable industries become mainstream (big business) like electric bicycles, alternative energy, reforestation, and public transportation.

Based in Ecosystem Vitality


Believe it or not with the amount of money being invested to create global sustainability and meet the SDGs there will be enough money for everyone to work (become employed) and leave existing business in tact, with strict new norms for everyone based in the governance of mother earth. The examples have been proven where the ecosystem is number one, like in the countries of Bhutan or New Zealand which are already well-ahead of the game.

It's clear that people living in areas like watersheds and factories located on rivers will need to adapt and perhaps move; but in reality for the future of humanity and the planet these changes need to occur despite inconvenience or expropriation to accommodate clean and vital ecosystems. The ends justify the means, as we thought they did when we exploited these resources recklessly and with wanton disregard for the natural world.

Speculators and those holding undeveloped lands with great anticipations may lose huge sums of hope in many of these deals so these lands into the public domain, but really they are not losing anything and will regain their original investments, they may lose their unscrupulousness, there's a silver lining for you all.

Climate change is currently so severe that we are absolutely certain that Miami will be lost within the next 12 years. The United Nations, the Pope, Dalai Lama and Barack Obama have all concurred this year on numerous occasions, that urgent and drastic steps must be taken to stop climate change and become sustainable. In the process international laws (most of which are US and European) are based in democracy will become globalized and everyone will be expected to live under a single global rule of law.

It's also very clear that all people can become part of this process through becoming global citizens and focusing their political and religious tendencies aside and understand the world from the Pachamama Perspective (Mother Earth Perspective).

Other Articles about this Topic:

Get ready for a tidal wave, position yourself to become a global citizen and take advantage of 1000's of new opportunities to work full-time promoting and implementing sustainable development projects around the globe. The new Goodwill Ambassadors​ of the World are those who promote the SDG's and the global pact to recover our planet and create a sustainable world. Now maybe it's time to pay attention.

I have been involved in the protection of the planet since 1970 and have witnessed enough loss of the natural areas, wildlife, and contamination through disregard for our actions based on our supposed rights as superior beings in God, and now we finally realize the truth to over 500 years of mistakes, misgivings, and misunderstanding with the source of our lives, the earth. Personally any change toward natural preservation and reverting our impact on the environment, no matter how inconvenient it may be to mankind or his creation of his artificial kingdom. -David Wright